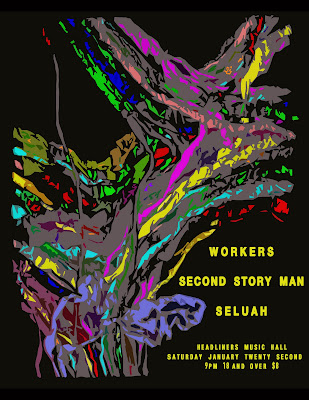 Posted by NOISE POLLUTION at 8:02 PM No comments: 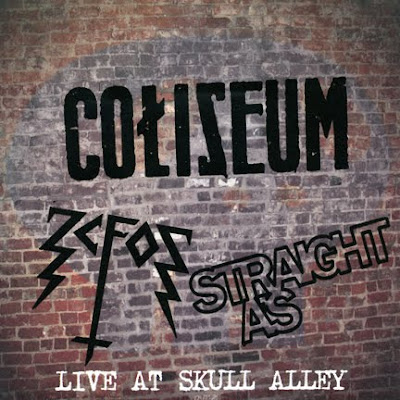 The first two 7"s of the Live at Skull Alley series have just been released. You can pick them up at Ear-Xtacy, Skull Alley or via the Shirt Killer website. The first volume features 2 songs each from Coliseum and Straight A's and one cut from ZCFOS. Volume two is filled out by Fork In Socket, Rest Assured and Houses in Motion. The final show at Skull Alley takes place on New Year's Eve. Lemuria, Reading Group and Black God will be helping Jamie close up shop. Doors at 7pm.

Posted by NOISE POLLUTION at 7:55 PM No comments:

Trip Barriger of Studio K was interviewed for the Leo Music Cast this week. Trip and Jessie at Studio K have been pillars of support for the Louisville punk scene for the past couple years and are all around awesome dudes. Trip has been an invaluable contributor to many recent Noise Pollution projects including the albums by Metroschifter, Straight A's, Cerebellum, Minnow as well as the upcoming Hal Dolls CD. In the Leo Music Cast, Trip talks about getting his start in recording and his plans for a new recording studio. We also get treated to some of his recent work such as Lee Van Cleef and Reading Group (and also a snippet of brand spanking new Straight A's material!)
Posted by NOISE POLLUTION at 7:31 PM No comments:

Second Story Man has two shows coming up. The first will be on December 10th at Al's Bar in Lexington with The Nativity Singers and Real Numbers. $5, doors at 10pm. The following night SSM will be playing Skull Alley for the last time along with Supertruck and Bu Hao Ting. $5, doors at 8pm. The sets at this show are being recorded for inclusion on an upcoming 7".

"Just the sort of off-kilter punk rock that made Louisville famous oh-so-long ago. Second Story Man is more tuneful than its predecessors, but the eclectic (and generally bone-breaking) approach to these songs does ring a bell. A fine set from a band that just might have something exceptional going on."
- Aided & Abetted

"If The B-52s were a power pop band with loud guitars...they might something like Louisville, Kentucky's Second Story Man. The folks in this band have been around for about eleven years now and during that time they've pretty much remained intact...the only change being that they switched bass players in 2004. Screaming Secrets is the band's third full-length release. Though the band has been around awhile their music still sounds fresh and exciting. The songs are strong and very melodic...and the rhythms drive hard and heavy. Ten fun cuts here including "Want Within the Need," "Quietly," "The Mav," and "Bottom Line."
- Baby Sue
Posted by NOISE POLLUTION at 7:16 PM No comments: