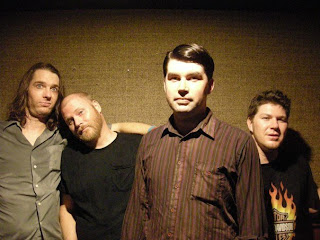 THE TEETH will finally be releasing their long awaited seven inch EP Clatter & Jive at a show on Saturday, November 14th at The Cathouse (747 s. preston st. one block south of broadway). Straight A's opens. Doors at 9:30pm, music at 10pm with the sharpness. $5 covers your admission to the show plus gets you a FREE copy of the new record. On top of that there's sure to be some additional freebies as well. Now that's a deal that can't be beat.

Posted by NOISE POLLUTION at 6:53 PM No comments: 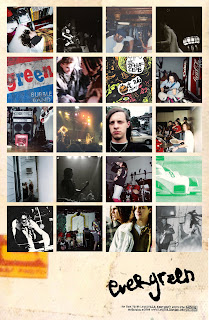 The great Joe Stumble has a piece on his blog Last Days of Man on Earth (which we recommend become a regular cyberspace stop for everyone reading this) about the new Evergreen collection as well as his misplaced aversion to "white boy dreads." Follow the link below for more.

http://www.lastdaysofmanonearth.com/blog/?p=914
Posted by NOISE POLLUTION at 7:22 PM No comments:

This Saturday, October 24, at 1:00 p.m., head out to Ear X-tacy for an afternoon of music, poetry, and prose featuring Misha Feigin, Mark Hamilton, Paul K., and Brett Eugene Ralph. There will be music by Misha and Brett (each backed by Mark), as well as readings by Paul, Misha, and Brett--with improvised backing from Mark and Misha. It promises to be a one of a kind performance you won't want to miss, a heady brew of Russian mysticism, punk rock noir, and impassioned playing and singing.

An Archive of Our Own

Joe Manning penned a nice commentary on the late Tony Bailey as well as the importance of Louisville's music community which we thought was worth sharing.

http://leoweekly.com/raised-relief/archive-our-own
Posted by NOISE POLLUTION at 3:54 PM No comments:

Awesomeness.
Posted by NOISE POLLUTION at 3:49 PM No comments: 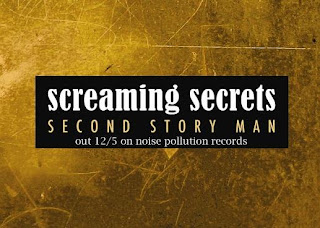 Noise Pollution is excited to announce the upcoming release of Second Story Man's Screaming Secrets on both CD and LP. This will be their first new record since 2006's Red Glows Brighter. Screaming Secrets was recorded over the course of two years with Kevin Ratterman and is easily the best work of their career. Noise Pollution and Second Story Man both began around the same time over 12 years ago and have followed parallel paths since, so we're stoked to finally have them on the roster. The release show will be at Skull Alley on Saturday, December 5th with Straight A's and Softcheque opening.

Posted by NOISE POLLUTION at 5:05 PM No comments: 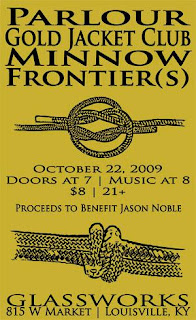 The first of more than likely several benefit events for Jason Noble will be held October 22nd at Glassworks with Parlour, The Gold Jacket Club, Minnow and Frontier(s). So not only will your money be going for a good cause, but you will also be getting one hell of a show.
Posted by NOISE POLLUTION at 7:58 PM No comments:

Whatever's Wrong With Me Is Here To Stay 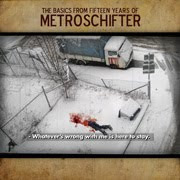 To commemorate the band's 15th anniversary, The Metroschifter has released a digital only 21 song collection Whatever's Wrong With Me Is Here To Stay: The Basics From Fifteen Years of Metroschifter. The collection is a crash course through the band's history with tracks from their 1994 debut all the way through the new Carbonistas. 85 minutes of full throttle 'Schifter. Go here for more. Plans are shaping up for a Metroschifter Louisville show in January following the completion of their European tour. More on that soon. In the meantime, here are the dates for that European tour: 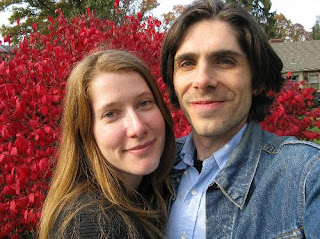 For those of you unaware, Louisville artist, musician and all around awesome guy Jason Noble has unexpectantly been faced with some serious health issues recently. A Caring Bridge blog has been set up so that his family and friends can keep up with his progress. Jason is known for his work in bands such as Rodan, Rachel's and Shipping News. We wish Jason and his family all the best and look forward to his return to action.
Posted by NOISE POLLUTION at 12:42 PM No comments:

Chime Hours who were in the process of recording an EP for Noise Pollution have broken up. Greg Livingston has started a new band called Tree Beard and the rest of Chime Hours plan to reconfigure in a new project.

The release of The Teeth's "Clatter & Jive" seven inch is imminent...

Former Evergreen/Cinderblock singer Dave Pollard will have his art on display on October 9 at Liberty Tattoo & Art Parlor on the corner of 3rd Street and M Street (down the street from UofL). The show runs from 7 to 10pm. You can check out selections of Dave's work on his myspace page.

Some music from The Glasspack will be featured on the FX series Sons Of Anarchy this season. Specifically Episode #209 ( which will be the ninth episode this season). The Glasspack's Dave Johnson also made a recent appearance on WFPK's Off the Record series which can be heard here.

Lucky Pineapple will be celebrating their 5 year anniversary on Wednesday Oct. 7th at the Rudyard Kipling. There will be food, drink, music and merriment on hand. The band recently recorded a music video for "Moment in an Empty Street" off of the recently reissued cd The Bubble Has Burst in Sky City (now available on SonaBlast! Records). LP's William Benton was also recently on WFPK's Off the Record which can be heard here. Bandmate Matt Dodds was recently interviewed by My Old Kentucky Blog and that can be read here.

Louisville Lip Records has just released the newest CDep by FOOR. It's available now at Ear Xtacy. The supporting cast this time around features Shawn Severs on vocals and Nathan Smallwood on guitar.

Minnow's Doug Maxson is playing in a new band called Hal Dolls who are great. They have a myspace page here.

Dunkenstein Records are working on the newest Doctors of Dunk compilation which will have the theme of covers of old Louisville bands (ala 1991 Slamdek Christmas tape). We think they're still accepting submissions, so hit them up here if interested.

A three 7" box set by 1069 is now available at Ear Xtacy. 1069 is a one off project by Louisville punk veterans Steve Rigot (The Endtables), Sandy Campbell & Michael O'Bannon (Blinders). It's on the pricey side, but it's a very limited run of only 100 copies.
Posted by NOISE POLLUTION at 2:04 PM No comments:

We wanted to thank everyone who came out to the Evergreen "Wholeness of the Soul" cd release show last month and helped make it such a memorable night. The Evergreen cd was a project 10 years in the making for us (16+ years if you want to go all the way back to when we used to go see them play in the early 1990's), so it was almost unbelieveable to us that it finally happened. Our hats are off to Troy Cox and Dave Pollard who both busted their asses getting back in fighting shape for this show. Their enthusiasm and support for the whole affair was infectious to everyone involved in putting the show and the cd together. And of course without the hard work and dedication of Sean Roberts, Greg Livingston and our own Nate Smallwood the show would not have been possible. Also special thanks need to go out to our friends Dave Johnson, Andrew Padon, Duncan Cherry, Greg Edwards and Brian Lueken for pitching in to help it all come together.

Video of Cinderblock Redux's set was recorded by several folks (including Jeff Polk who posted the above video) and apparently there is a good audio recording as well. There are plans to edit the audio and video recordings together and we look forward to seeing how that comes out. We'll post something here about it if it comes to fruition.

And finally, a couple of "Wholeness of the Soul" reviews have popped already at Leo and this blog out of Tennessee.

Posted by NOISE POLLUTION at 1:12 PM No comments: