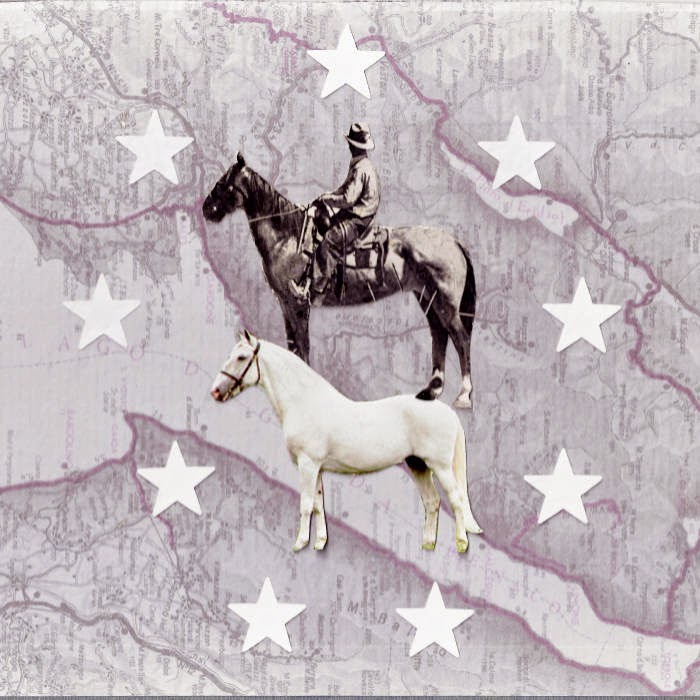 Our friend Brian Lueken has just released the "Kentucky Battleground Songs" compilation through his Coincident Pair label. This is a collection of songs Brian recorded at various benefit shows for Jason Noble (Rodan, Shipping News, Rachels) several years ago. This was a project that Brian and Jason were collaborating on prior to Jason's passing and it is wonderful that it is finally seeing the light of day. It is available digitally in four parts and includes artists such as Shellac, Shannon Wright, Endpoint, The Web, Bonnie Prince Billy, Sunspring, Second Story Man, Rachel Grimes, and more. More info here:
http://coincidentpairrecords.bandcamp.com/
Posted by NOISE POLLUTION at 2:42 PM 12 comments:

Much respect and admiration to one of the pioneers of punk music in Louisville, Steve Rigot, who passed away today.  Steve's work in The Endtables, The Monsters, Skull of Glee, Women Who Love Candy, Common Law Cabin, etc... is untouchable.  Our thoughts go out to his many loved ones.
Posted by NOISE POLLUTION at 1:03 PM 7 comments: 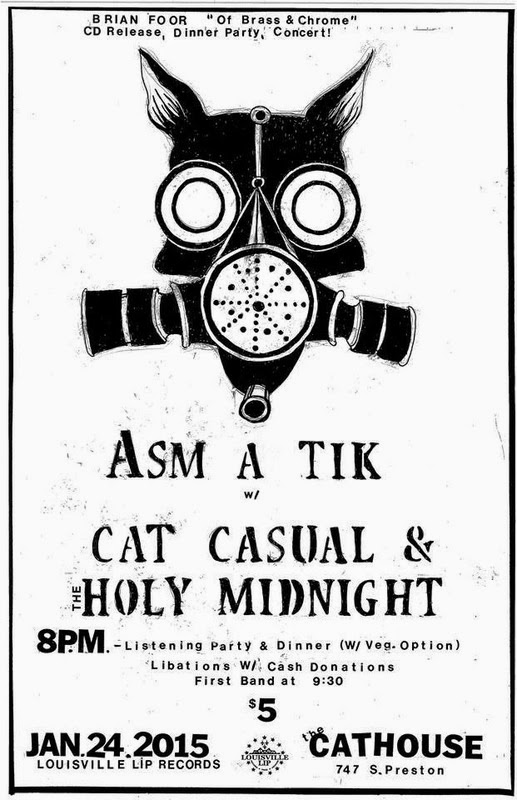 Brian Foor will be releasing his newest CD, Of Brass & Chrome, this Saturday at the recently re-opened Cathouse.  The event will begin with a listening party and dinner at 8pm followed by performances from Foor's current band ASM A TIK and the debut of the recently repatriated William Benton's CAT CASUAL & THE HOLY MIDNIGHT (also featuring Brian Foor).  $5 cover gets you admission plus your Brian Foor fix will be satiated.  Of Brass & Chrome will be available at the event via Louisville Lip Records for a paltry sum unequal to the awesomeness that it surely contains.

The Cathouse is also seeking to raise funds via an IndieGogo campaign to make improvements to the facility to make it a more accommodating performance space for a wider variety of events.  Insider Louisville just did a story on it here.  Please consider supporting the cause.
Posted by NOISE POLLUTION at 7:25 AM 3 comments:


Here is the full set from last night's OUT. tribute set by the new band American Lesion.  Assembled by Nicholas Smith (guitar) and fronted by original OUT. guitarist Dave Bird, American Lesion's ranks are filled out by Matt Jaha on drums and Tony Ash on bass.  You can check out the original versions of these songs here and here.
Posted by NOISE POLLUTION at 1:20 PM No comments:

The OUTSKIRTS Music Festival starts tonight! The lineup features a fantastic selection of bands celebrating females in music.  One highlight for sure will be Saturday night's reunion of the early 90's Louisville band Drinking Woman. Check out louisvilleoutskirtsfestival.com for more info.

Posted by NOISE POLLUTION at 7:32 AM No comments: 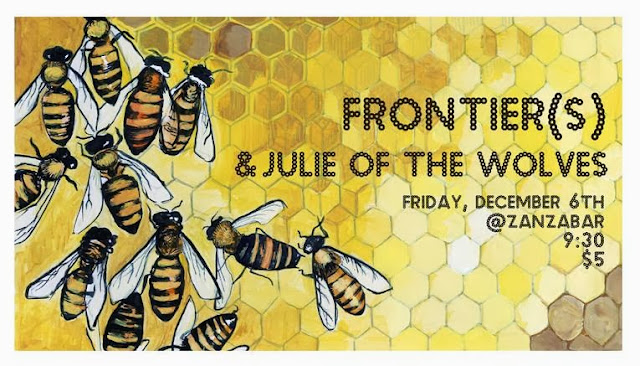