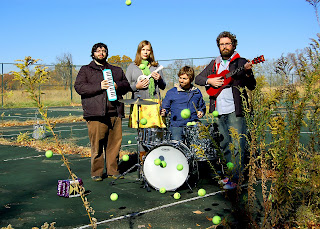 After over two years of hard work, Second Story Man will be releasing Screaming Secrets on CD and LP next Saturday (December 5th) at Skull Alley (1017 E. Broadway). They will be playing the new album in its entirety at the show and will be performing with all the guests who played on the album: Suki Anderson, Su Crocker, Dan Moore, Jamie Daniel, Meredith Dooley, Sean Baily and Mike Heineman. Doors are at 8pm, music starts at 9pm. It's $5 and all ages. Opening will be Straight A's and Softcheque. Second Story Man will be keeping busy over the next couple months in support of Screaming Secrets. Here's what's on the plate so far: 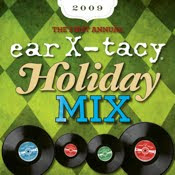 EarX-tacy is offering a free Holiday Mix of Louisville bands through Think Indie as a digital download. 18 tracks, over an hour of music. Locals include Second Story Man, Parlour, Invaders, Broken Spurs, Spritely, Young Widows, Coliseum, Wax Fang, Frontier(s) and The Ladybirds among others.
Posted by NOISE POLLUTION at 5:50 PM No comments:


The Teeth video courtesy of Phillip Olympia. Collection of Straight A's clips courtesy of Thommy Browne. From The Teeth's record release show at the Cathouse last weekend. Thanks to William Benton for hosting the show and all the folks who came out.

Posted by NOISE POLLUTION at 5:41 PM No comments: 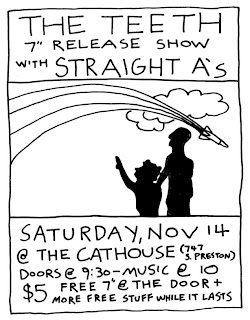 Posted by NOISE POLLUTION at 6:49 PM No comments: 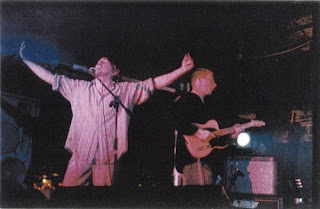 Much underreported is the news that one of Louisville's all time great bands, THE WEB, will be returning to the stage to open for Shellac and Shannon Wright on November 21st at the 9:30 Listening Room. The show is a benefit for Jason Noble. The Web were active in Louisville in the mid to late 1990s, but have only played one show in the past ten years or so. Here's hoping that this upcoming performance is a harbinger of more to come (and we've heard whispers that it is). A sample of The Web's awesomeness can be heard here. Tickets for the show are $17 in advance and $20 day of the show. They can be purchased at Ear Xtacy or the930.org.

Posted by NOISE POLLUTION at 6:34 PM No comments: