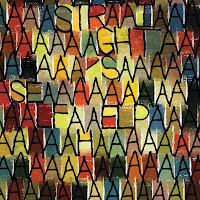 STRAIGHT A's Self Help
Straight A's will be releasing their debut 18 song album this Thursday at Skull Alley. Also playing will be labelmates The Teeth and Sightings (from NY). Show is at 8pm and costs $5. Straight A's recorded this album last summer with the esteemed Trip Barriger at Studio K and worked for months with him tweaking everything. The results sound fantastic. Self Help features guest spots by Lucky Pineapple's horn section, Sue Crocker and Dan Moore, and extra percussion by Thommy Browne. Cd's are in now and we hope to have the LP's in time for the show. Straight A's will also be playing an Ear Xtacy in-store on Saturday, May 15th around 4pm. This is the afternoon of the Endpoint/Cerebellum show, so come on out to the store before the big reunion show. 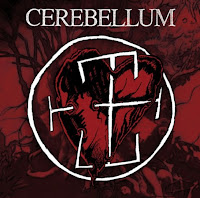 CEREBELLUM
Coinciding with their upcoming reunion show (with Endpoint on May 15), Noise Pollution will be reissuing Cerebellum's classic five song cassette from 1989 (originally released by the Slamdek Recording Company). The reissue will be on LP and will include a digital download of the album. Side one will contain the remastered 1989 cassette (Fire, House, Winter, Marble, Calm) while side two will contain five newly recorded versions of classic Cerebellum songs that were never previously recorded (Begin, Guard, Hurt, Brighten, Crawl Out of the Water). It has taken a truly collaborative effort from everyone involved to make this project a reality. Much thanks to all the guys in the band and to recording engineer Trip Barriger for all their hard work to pull this crazy idea off. In addition to their performance with Endpoint, Cerebellum will also be playing a follow up show at Skull Alley on July 31st to celebrate the album's release. More details on that to follow soon. 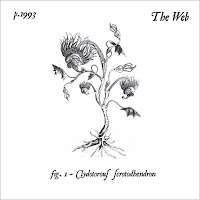 THE WEB Clydotorous Scrotodhendron
Completing their slow reemergence from the abyss, the enigmatic Louisville legends THE WEB will be releasing their (very, very) long awaited third album, Clydotorous Scrotohendron, next month. The seven song album will be released on LP with letter pressed covers by Dexterity Press. The album will also include a free digital download. The release show will take place at Vernon Club (1575 Story Ave) on Saturday, June 12th. Opening for The Web will be Phantom Family Halo and Softcheque. Doors at 9pm. Cost is $6. 18 and over. As huge fans of The Web for many years, we are thrilled and honored to have them on the label. 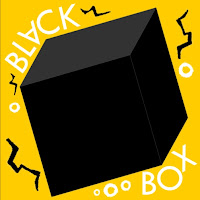 VARIOUS ARTISTS Black Box
In partnership with ThinkIndie.com, Noise Pollution will making available a sampler of our output from the past several years in the form of a FREE digital download. 17 songs from such kick ass artists as Lucky Pineapple, The Teeth, The Web, Second Story Man, Brett Ralph, Straight A's, Cerebellum, Metroschifter, Minnow, Evergreen, VRKTM and more. We hope to have this available sometime next week. 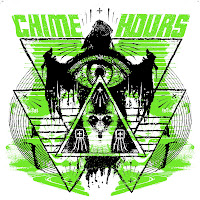 CHIME HOURS
Chime Hours were active for a brief period last year and was comprised of members with roots in bands such as Hedge, OUT., By the Grace of God and Straight A's. Chime Hours had begun recording an EP to be released on Noise Pollution, but subsequently broke up which caused the release to be canceled. Well, Chime Hours have reconstituted themselves and the EP is back on! This EP contains six songs which serve as an introduction to the band's abrasive, Gravity Records-esque sound and will be available in very limited quantities. No release date has been set yet, but we expect to see it out by mid summer. 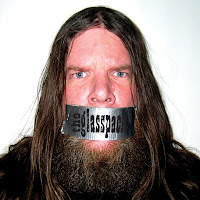 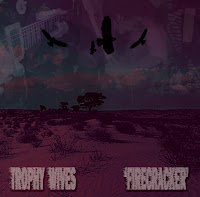 CK / TROPHY WIVES split 7"
The Glasspack will be belatedly celebrating their 10 year anniversary with this split seven inch with fellow road warriors Trophy Wives. The record will feature one song from each band: The Glasspack's "If You Don't Have Anything Nice to Say" and Trophy Wives' "Firecracker" along with a bunch of bonus tracks by both bands included as a digital download. It's gonna be a steal really. The release show will be Saturday, August 21st at Zanzabar (2100 Preston St.)
Posted by NOISE POLLUTION at 7:16 PM