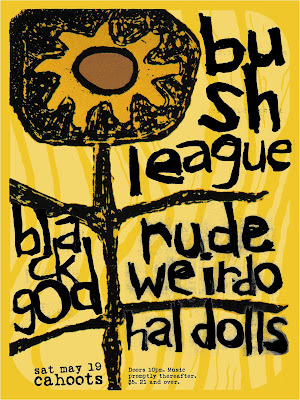 Kick off Louisville Summer 2012 in style with the return of the uncanny BUSH LEAGUE with their first Louisville show this year. Sharing the stage, fresh off the release of their new 7", will be BLACK GOD along with RUDE WEIRDO. HAL DOLLS will open things up. Cost is $5. 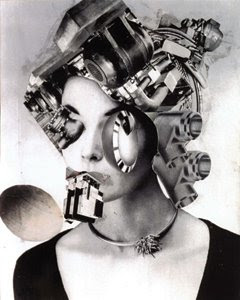 MADAME MACHINE have been keeping busy since the release of their 7" last month with lots more happenings in the works. First up is this weekend's Record Store Day festivities at Underground Sounds (2003 Highland Ave.) where Madame Machine will kick things off with an early afternoon performance at 11:30am. They will be followed by a performance by the great Cathy Irwin and then later by Tender Mercy, Tropical Trash, Mercy Academy and Farewell Soyuz. This event is FREE, so you should have extra cash to, you know, buy some records or something.

This will be followed a couple weeks later by a spot on the big post-Derby show at The Mammoth (744 S. 13th St.) headlined by Faun Fables. This show is being billed as the MAMMOTH DERBY FEST and will also feature Parlour, Softcheque, Ford Theatre Reunion and W.N.B.A. Starts at 7pm and cost is $10.

Also, check out this nice interview with Madame Machine's Salena Filichia and 7" review by the blog American Gloam.
Posted by NOISE POLLUTION at 7:17 PM 2 comments: